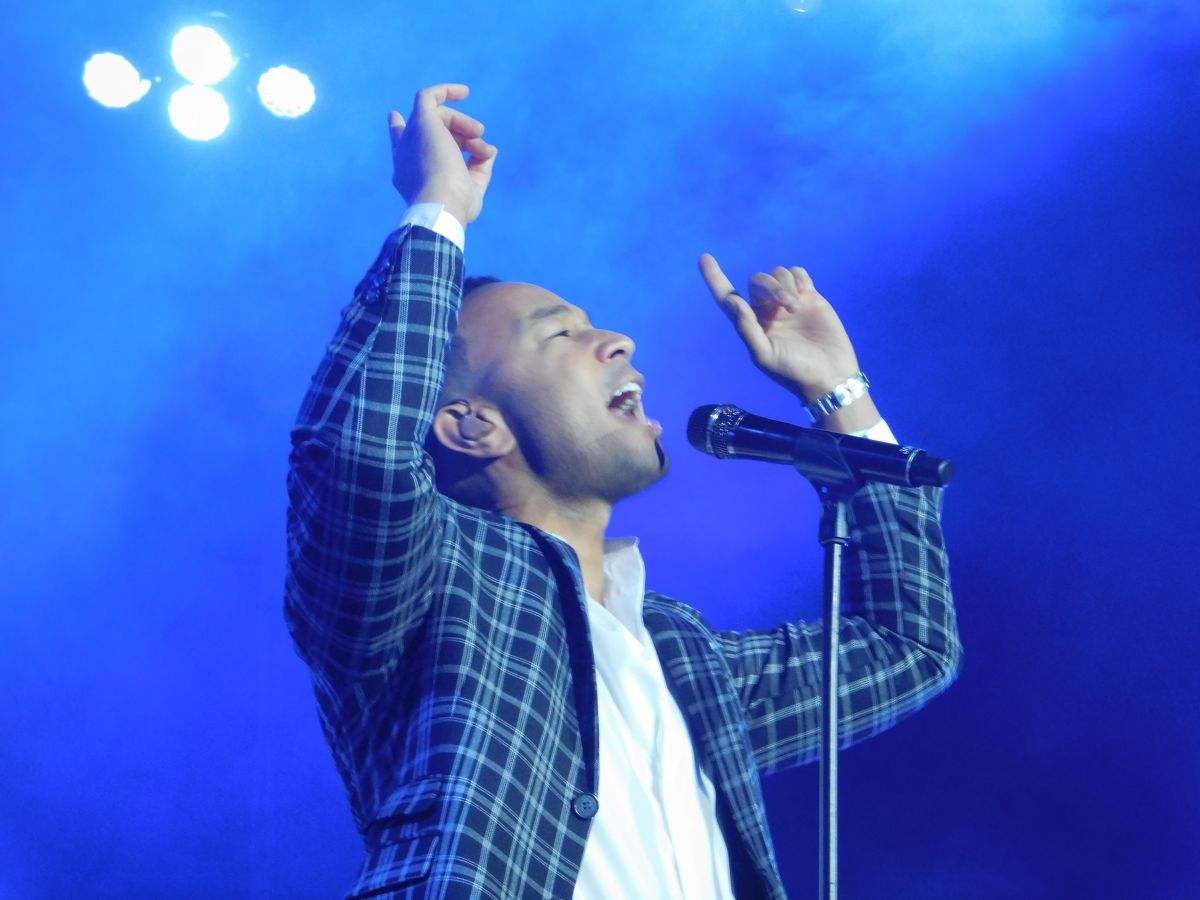 After 6 years since it started, the Blues Fest in London, United Kingdom, one of the major musical events of the year continues to bring some of the biggest and most celebrated artists worldwide. From Robert Plant to Van Morrison and from Steely Dan to Counting Crows, this phenomenal musical kermesse keeps attracting music fans from all over the world, thanks to the constant big effort of the Festival's organizers in bringing some of the best performers around.

Although not strictly related to Blues, as the musical event's may lead to believe, the choice of the opening artist for the 2019's edition could have not be a better one, given the stature of a genius of contemporary Soul and R&B like John Legend.

There is the atmosphere of the special occasions, tonight, in the UK capital. Legend has not been here performing for a little while for his UK fans and there is a certain buzz in the air, inside the venue, for the arrival on stage of one of the very best singer/songwriters in modern music.

Preceded by an entertaining set of British arising R&B star Laville, at 21.05, Legend arrives on stage welcomed by a huge roar from the London crowd, while the 11-pieces band supporting the singer/songwriter and the artist himself attack the show with a rather splendid version of Higher, a song that Legend wrote and performed together with DJ Khaled and Nipsey Hussle, who sadly passed away early this year.

With 15 years in the music business, Legend is one of those very rare artists whose vocal skills keep getting better and better each passing year, as he will widely be showing throughout the 90-plus minutes of tonight's performance. 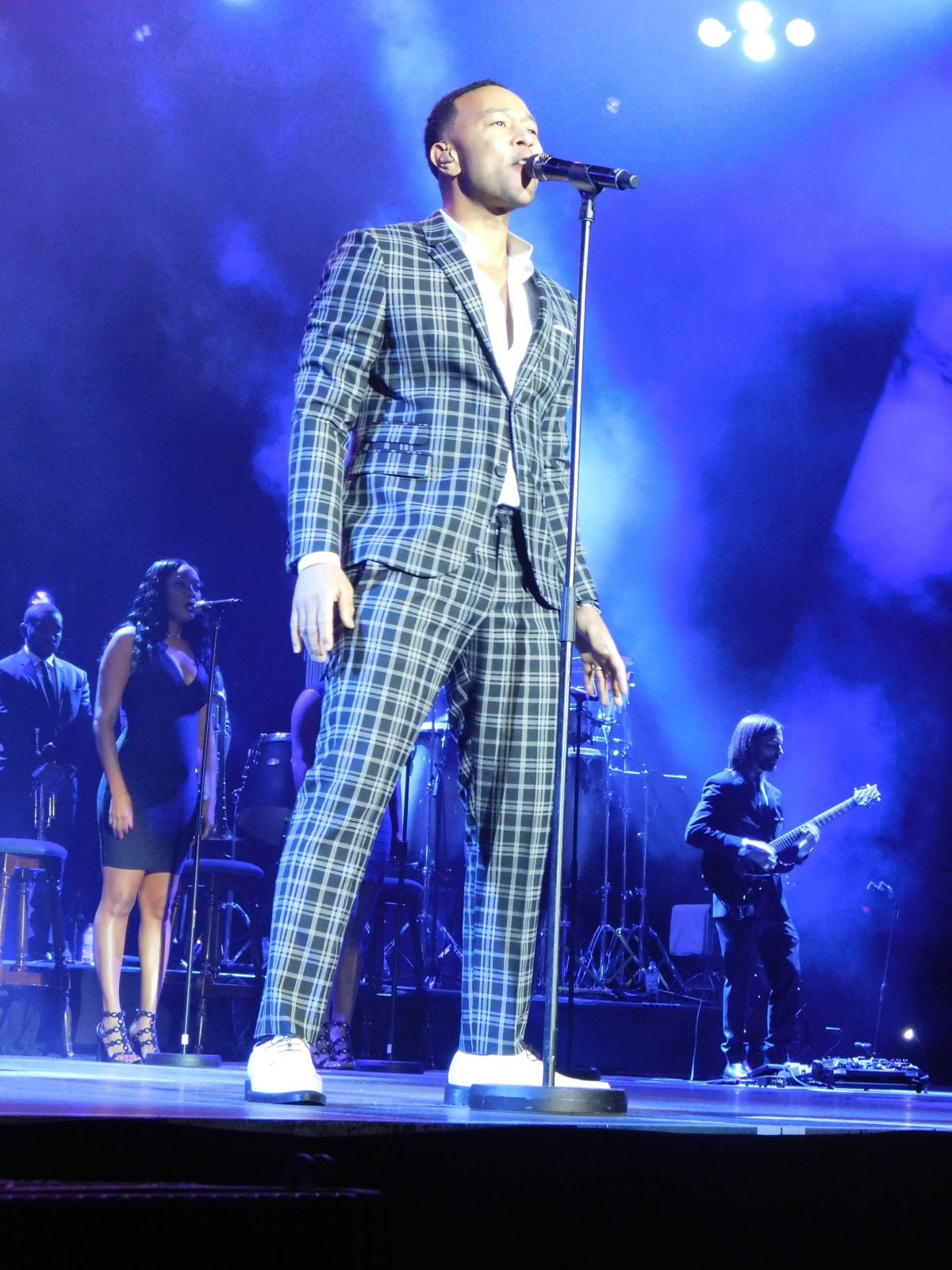 The songs Tonight, Love Me Now and Overload (the latter including a superb performance from Legend's Horn Section) build up a musical intensity that will grow stronger and stronger, as proven by the stunning performance of songs like Used To Love U, from his 2004's multi-platinum album Get Lifted and an irresistible voice and piano solo rendition of his 2006 hit called Again.

Legend often engages the crowd in long soliloquies about the importance of love and family but you can forgive almost anything to a star of the caliber of the American singer/songwriter.

The 14000-plus fans present at the show are completely hypnotized by Legend's stage persona, by his and Legend's band performance and, most of all, by the artist's vocal skills.

There are many moments of huge spine-tingling intensity in tonight's performance, with Legend delivering some unbelievably perfect, strong and, at the same time, highly suave vocals on many songs but, especially, on the singer's biggest ever hit, Ordinary People, Marvin Gaye's cover of What's Going On and the sumptuous, unexpected accapella version of Sam Smith's Lay Me Down, one of the many highlights of this breathtaking show.

By the time that Legend nails another spectacular rendition of his song Green Light, from the 2008 album Evolver, that brings the whole crowd to a collective dance, making of the O2 in London the biggest dancefloor in town tonight, the show sadly arrives to an end, with the fans all on their feet saluting this highly talented artist.

But Legend has not quite finished yet, on gifting musical quality to the UK capital, tonight. There is still time, through the Encores, for Legend to release good vibes and unbelievable vocal deliveries to his devoted fans, especially on the soulful version of Led Zeppelin's song All Of My Love, the latter being the missing gem that completes a very special musical collar that John Legend chiseled specially for his UK fans and for the Blues Fest 2019 in his own, unmistakable, spectacular fashion.