For those of you fortunate enough to be at the Portsmouth Music Hall Tuesday night, Professor Buddy Guy presented his electrified version of Blues 101.

One of the last remaining links of the great Chicago blues men, not only did he bring the enthusiastic crowd through a history of blues classics from the likes of Muddy Waters, John Lee Hooker and Albert King, he played his own material as well. 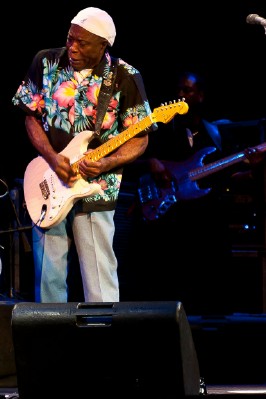 He also gave us a taste of blues in the future, through the likes of a 12 year old

boy named Quinn Sullivan. Opening the show backed by Buddy's band, this young
man brought a capacity crowd to its feet by playing some of the most fluid blues
solos you've ever heard. A native of New Bedford, NH, Quinn Sullivan is someone
that you'll be hearing a lot from in the future. 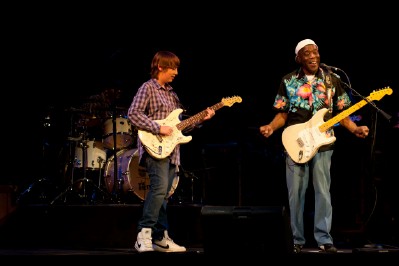 On this night, he shared the stage with a Chicago blues legend, as he later came
back out to play with Buddy at the end of his set, where they had a legendary
guitar battle that will be talked about by the people in attendance for years to
come. 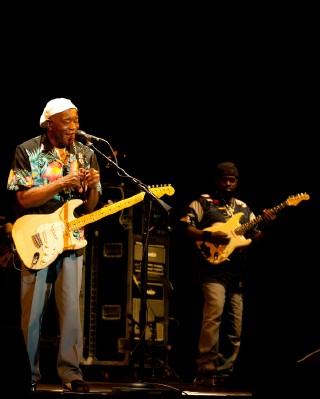 The blues may have been born on the muddy banks of the Mighty Mississippi, but
on Tuesday night the blues belonged to downtown Portsmouth.