The Led Zeppelin Reunion to be "Celebration Day" film. 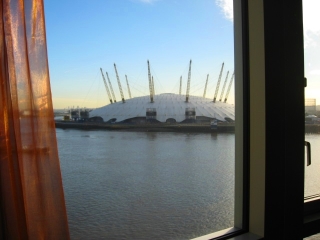 On December 7, 2007, the three surviving members of Led Zeppelin,

This was a charity event to support music in schools in many parts of the world. Over 20 million people applied through a public lottery to obtain tickets to this performance. 18,000 lucky winners were able to get a ticket to this show through a random computer drawing.

from the O2 in London will be released as a film this October, 2012.

Tickets to the film go on sale TODAY September 13, 2012, for the movie that will open in London, Los Angeles and New York

DVD and CD recordings are due to be released on November 19th for purchase as well.

This single event is the inspiration for building this website. I was lucky enough to obtain a ticket through the random lot and went to London as a field correspondant for

ROCK 102.1 in Springfield, MA. The story of my travel for this life changing experience, to take part in music history, can be read here.