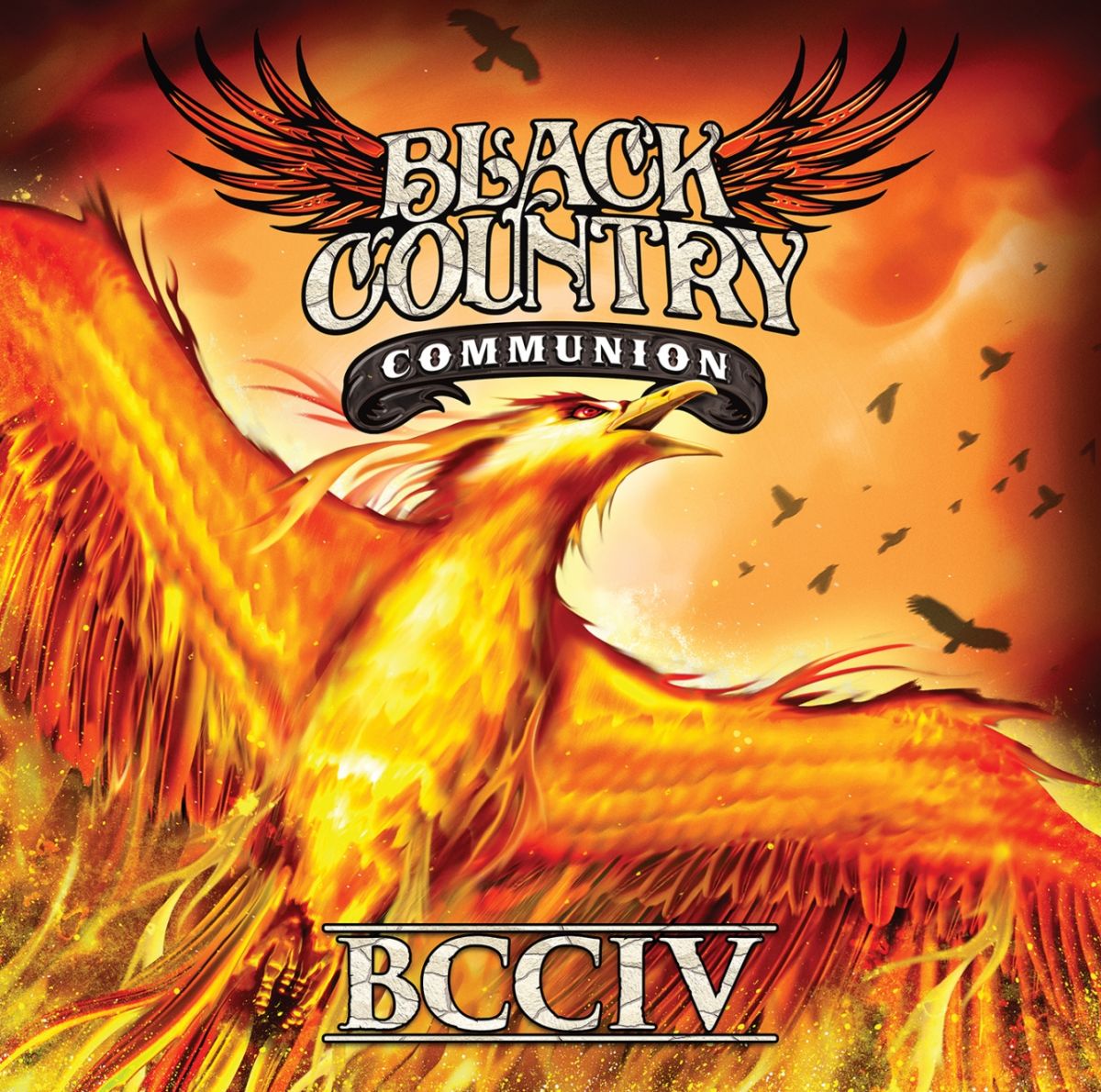 When the English-American hard rock group Black Country Communion announced reunion plans for 2017, it was clear to see fans were eager for another album based on comments posted to social media. "I love this band. Good to have them back." "Four geniuses." "...Thanks for everything you do for rock."

"I did it because I missed it. I missed those guys," Bonamassa explained, about a split decision in the middle of the night to reach out to BCC band mates. "I missed the laughs. I missed the camaraderie. I missed the music." (For the complete story and interviews with Glenn Hughes (bassist, vocalist), Joe Bonamassa (guitarist, vocalist), drummer, Jason Bonham, and keyboardist, Derek Sherinian, watch Black Country Communion - BCCIV- Behind The Scenes, Part 1 and Part 2.)

Black Country Communion formed in 2009 and released its self-titled debut album in September 2010, followed by BCCII in June 2011. The band toured USA and Europe in support of it and later released the high-energy concert video, Live Over Europe. A third studio album, Afterglow followed in October 2012.

From the beginning, producer Kevin "Caveman" Shirley has been at the helm, steering the BCC ship powered by four turbocharged engines around seas of churning chemistry known to capsize even the mightiest of vessels. He is revered by peers as someone who is instinctive, soulful, and one-of-a-kind producer. And for this reason, with a blueprint for what the album was to sound like, one with "no left or right turns", according to Hughes, all five jumped feet first into the making of Black Country Communion's fourth studio album, BCCIV. Hughes and Bonamassa collaborated on writing original material over four months; the actual recording process took just seven days.

BCCIV is chock-full of thunderous drumming, energetic bass and guitar riffs, classic keyboard swag, and powerhouse vocals— the first ingredients on any hard rock fan's 'MUST HAVE' music shopping list. Track by Track takes a closer look at the details behind the songs.

From the onset, Black Country Communion deliver an intoxicating rush of hard rock that doesn't relent until the last note. "Collide" is audible proof the group is well-equipped to climb atop the Rock charts.

Boasting an irresistible, bouncing hook and chorus that's danceable and particularly fitting to mainstream radio, "Over My Head" has a similar allure to "One Last Soul" and "Man In The Middle." Once the groove takes hold, it's difficult not to push REPEAT.

A tale based on Wallace Hartley (violinist and band leader on the Titanic) and his selfless act of playing everyone off the ship, "The Last Song For My Resting Place" feature warm notes of mandolin and fiddle that lift to the heavens each farewell to mother, father, brother, and lover— Maria. A lot is learned about a life soon out of reach. But after a long night of wait, bursts of dark, heavy riffs signal it's nearly over. The depiction of agony endured when preparing for one's own death is RIVETING and what set this song apart from others on the album. Kudos to the band on this one! This is Bonamassa's only appearance on vocal. 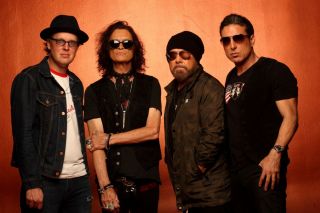 "I've soothed every soul with a last comfort, but mine...

Please, think of me as I sleep from beyond the ship and to the deep."

Embellished by a soulfulness suggestive of tracks off Afterglow, "Sway" builds momentum riff by riff until it reaches full-blown ROCKER. Sherinian's licks are well-pronounced here, and throughout. The closing piano piece is an extra special touch.

"The Cove" is a song written by Hughes about his love for dolphins and their senseless slaughtering by hunters. "Joe captured the mood brilliantly," Hughes writes in the press notes. But when the singer's voice breaks during the final plea, such anguish pierces the heart. Watch for details on an upcoming video release.

Muscular and progressive, "The Crow" is the heaviest track and comparable to "Black Country" and "Beggarman", off their self-titled album.

On "Wanderlust", a traveling tempo moves along at a steady 'powerwalk' pace until "a wanderer, always returning, coming home with a sense of lessons learned..." fully emerges from the dust. At 8+ minutes, look for this to be penned in the ENCORE slot.

"Love Remains" centers on Hughes' relationship with his father, a song written for his memorial service. A mid-falsetto on the chorus adds sensitivity to the melody, as do the delicate harmonies, light and airy guitar, and wispy keyboard arrangement. This number is far from sleepy and deserves attention.

"When the last breath is taken, only love remains."

An exhilarating "Awake" rouses all senses with a groove unlike any the band has previously recorded. And when Sherinian and Bonamassa trade licks, their childhood music heroes flow out their fingertips.

"When The Morning Comes" begins gradually with a brooding piano and acoustic guitar intro to set up the singer, whose tone is equally contemplative. Then, the mood shifts and grows increasingly brighter, and stronger, as these warriors put down their shields to save the day with one final, triumphant, four-way jam!

Lastly, the Black Country Communion reunion does more than mark the rebirth of a super group: now it's about family, emotional ties, and a brotherhood based on mutual respect and passion for an art form that draws inspiration from classical rock formation and influences from other musical styles. The very essence of rock 'n roll embedded into each musician's DNA decades ago, is represented by these 10 original songs. BCCIV is an adventurous spin on classic hard rock that's a whole lot of fun and hard to turn off. BCCIV achieves an independence separate from its three siblings, while still furthering the legacy of the Black Country Communion signature sound in its compelling vocals, reflective narratives, and infectious hooks and riffs. BCCIV is a 60 minute sonic ride that's gonna make you SHAKE, gonna make you HOLLER!