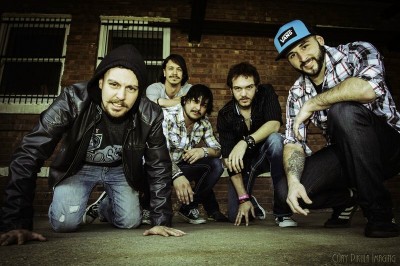 Touring the USA in support of their debut album on Thermal/Megaforce, called BETTER DAYS,  released on 10-02-12 and featuring their first single "WAR ON THE INSIDE," Another Lost Year,  just released their second single off the album called WRITING ON THE WALL. This song went to #48 on Active Rock Mediabase charts and #34 on Active Rock Activator charts forthe weekend of May 11th.

The owner/editor of the Led Zeppelin Ultimate Fan Page joined the BBR team to review this record. She got a hold of it and did not let go. Well versed in classic rock and contemporary metal bands, read what she has to say about Another Lost Year and Better Days. 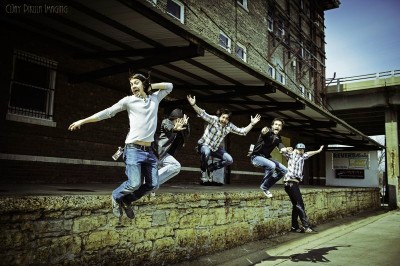 The opening track and album title, 'Better Days' is a hard hitting song that sets the pace for the rest of the album. It draws the listener in, keeps them there and ultimately wanting more. A great album starter and worthy of being a Top 40 single.

2) War on the Inside

Where 'Better Days' left off, 'War on the Inside' takes over. While listening I couldn't help draw comparisons to such artists as Three Doors Down, Staind and Three Days Grace. All strong and incredible bands, ALY can easily appear alongside these artists on charts and tour line-ups. The song delivers heavy guitar riffs, strong vocals, as well as incredible backing harmonies, that enhance and compliment the leads. The song is fresh, relevant and easily could be on any radio station's playlist.

They say good things come in 3's, and in this case that's true. Three songs in, the record still has the power to keep the listener glued and wanting more. The music is tight, vocals are strong. Personally, this is one of my favourite tracks off the album.

Don't let the title fool you. This song is anything but broken. It kicks it up a notch, begins to the take the album on a new level. Backing vocals and lead vocals are superb. The play off each other and show how each member's role in the band is important. I decided to look up the song on Youtube and found some amazing live videos of the song. The guys perform with such passion and energy that the live show takes each song to a whole new dimension.

Five tracks in, I find myself becoming more of a fan, and not just a listener/reviewer. This song, much like the others showcases each instrument, and that includes vocals. The songs have a hook to them, easily repeated, without becoming stale.

Half way through the collection, you are presented with what I feel is the album's gem. In 2004 Seether teamed up with Amy Lee for 'Broken'. This is the present day version of Broken. ALY is joined by Lish Rimer for vocal duties. Her incredible vocals compliment Clinton's. This song deserves to be on heavy rotation.

ALY continues with Runaway. Like the previous tracks, this could easily be on the radio and would fit into a setlist alongside Seether, 3DG, Three Doors Down and Staind. Once again, the vocals are strong, yet show many ranges. The song begins in a quieter, slower pace, but in no time reach a level and Clinton shows how he can belt out the lyrics.

As we approach the end of the album, the rock doesn't appear to be slowing down. The more I listened to this Better Days, the greater the appreciation I have for it. Last Goodbye follows the other songs perfectly, keeps the album rocking and the listener engaged.

9) Writing on the Wall

If you are not a fan of ALY by the 9th track, what is wrong with you? :)) What to say about this track ... (the riffs, vocals, harmonies) the song possesses everything that would make this song a top 10 hit. It holds you there, taking you for a ride and wanting to go another round. A great song.

Just before the album comes to an end, the boys take a moment to slow it down a bit. The song starts off acoustically, and Clinton's vocals are reminiscent of Scott Stapp (Creed). It gives a nice breather from the harder songs before it. If you stripped away everything, keeping only Clinton and a guitar, the song would still be powerful.

What a way to end an album. Back to the hard hitting guitar riffs, thundering drums and powerful vocals. The closing track on Better Days is not an end, but a peek into what these boys are capable of, and hopefully an insight into what to expect on the next album. Once you listen to this album, the last thing you will do is forget about them.

If you like modern day bands like Seether, Three Days Grace, Three Doors Down, Creed and Staind, you will love Another Lost Year. Their music grows on you, wanting more. I kept this album on repeat for a few days and each time listening to it, I became more a fan. It finds it home on my cell for the long trips to work and back. Definitely a must see band when they come around my town. I would highly recommend Another Lost Year and 'Better Days'. 5 stars!! 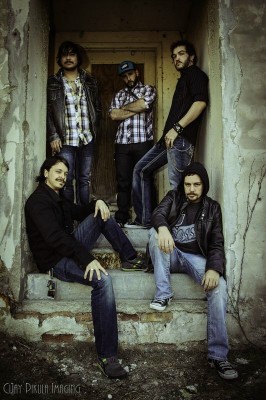 BIO: On the front of ever- changing music, Clinton Cunanan, Adam Hall, David Whitaker, Lee Norris, and Jason Lovelace from Charlotte, NC, are creating an empire in the Alternative Metal/Hard Rock realm with truth in lyrics and an unimaginable live show that places second to none. In less than a... year's time Another Lost Year has shared the stage with the likes of national rock powerhouses including 10 Years, Pop Evil, Framing Hanley, Sore Eyes, Bobaflex, Royal Bliss, Nonpoint, Rev Theroy and Grammy performing artist Almost Kings. Completing a full touring schedule from Florida to New Jersey, Michigan to Mississippi and everywhere in between has seasoned the music to enter any ring with the best of the best. 2011 also brought the honors of "Best Rock Band" in the Carolinas.

Read our interview for ALY here:

Clinton Cunanan of ANOTHER LOST YEAR gives commentary on the new record and the future of music.