Bluebird Reviews is delighted to announce Mike Zito's new record, which our website will review in the forthcoming weeks. 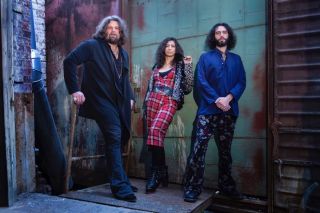 Having wowed UK and mainland European audiences back in March when performing a series of solo shows in support of Tommy Emmanuel, Nashville-based guitarist and vocalist JD Simo will return in October in Europe for his own headlining tour….and this time he will be accompanied by his band, drummer Adam Abrashoff and bassist Andraleia Buch. 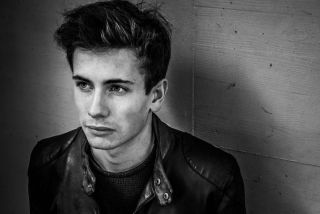 Fresh from the Press! Solid Entertainment is pleased to announce that French 23 years-old singer-songwriter and guitarist Félix Rabin will be touring the United Kingdom in April 2019.

Last year Félix was "special guest" on the Wishbone Ash XLIX UK Tour and played to over 8,000 music fans at 28 venues across the country with his band. His adventure with Wishbone Ash exceeded his expectations and after receiving an amazing response from audiences, Félix can't wait to hit the road again in the UK!

It has been another fantastic year of great music and for Bluebird Reviews, to award those that have contributed to make this year of music a bit more special through their artistry, it is a great privilege and honor.

Once again, our website has gathered an International Music Panel made of experts from National Radio Networks, Music Promoters, Music Journalists, Music Festival Promoters and Organizers, Music Editors and Live Music Producers from 5 different countries, to decide who was going to be awarded, with this year's awards.

It's that time of the year again! Bluebird Reviews is getting ready, for the third consecutive year, to reward the world of music and, particularly, those artists that have shone above the others, either through spectacular live performances or for having brought to a great year for music, like 2018, some of the great material that they have ever recorded in their careers through our Bluebird Reviews Awards.

Once again, Bluebird Reviews has gathered together a prestigious International Music Panel to decide who is going to be the winner of the 2018 Awards. This year's Award Committee is made by members of National Radio Networks, Music Promoters, Music Journalists, Music Festival Promoters and Organizers, Music Editors and Live Music Producers from 5 different countries (USA, Uk, Italy, Spain and Norway), all ready to judge the winners of the two Awards categories, Artist Of The Year and Best Live Act.