It was a great show ! Review article will be posted soon. Be sure to visit us here at Bluebirdreviews again for updates !

The music world grieves the loss of Jamestta Hawkins.

Tea For One is a column that we run on our Bluebirdreviews Facebook Fan Page every Thursday. We invite readers to submit a favorite song and to tell us why. There are a few articles in this column with extensive commentary on particular favorites. Enjoy ! 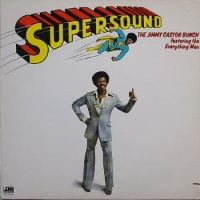 It is with great sadness that I learned today from Bob Davis at the Soul Patrol Newsletter that Jimmy Castor has died. Mr. Castor was 71 years old and passed away in Las Vegas. At this time we don't know the cause. He has the credits and recognition of hip hop, pop, funk, soul, R&B and fans worldwide. As a brilliant musician, bandleader, sax player, quirky lyricist and great vocalist, his music is unmistakable and has been iconic for decades.

Tonight Micah Gummel and I had the special honor of attending and reviewing the 2011 Boston Music Awards ! It was held at the Liberty Hotel in Boston and hosted bands from all genres of music, local to the New England and Boston area. It is a charity event and the money goes to fund music programs throughout New England as well as the program, Music Drives Us. We will post photos, videos, and reviews in the days ahead. Until then, Congratulations to the nominees and the winners of this exciting award. The full list will be published with the review. Here are our favorites !