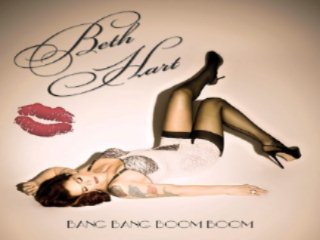 Forty year-old songstress, Beth Hart, turned to familiar face on her upcoming solo project, Bang Bang Boom Boom. Kevin Shirley "Caveman" is popular amongst some of the world's finest rock bands like Led Zeppelin, Journey, and Dream Theater (to name a few). However, he is looked upon by the Joe Bonamassa fan community as "family." He has exclusively produced Joe since 2005, including all side projects with Black Country Communion and Beth Hart.
Beth came to know Joe around 2006 when she opened several of his shows in Europe. In 2011, she provided vocals for the track, "No Love On The Street" on his album Dustbowl, and then collaborated on the full length record Don't Explain, a collection of old soul classics. It received high praise by the press, with subsequent nomination by Blues Music Awards for Best Contemporary Blues Album in 2012.
Additionally, Hart guest appeared on Joe Bonamassa's Live From Beacon Theatre in 2011. Two numbers, "I'll Take Care of You" (Brook Benton) and "Sinner's Prayer" (Ray Charles), are definite show stoppers!!! The concert was filmed for DVD and is available at Joe Bonamassa's Official Website. What's more, "Sinner's Prayer" was included on Joe Bonamassa's "No Hits, No Hype, Just The Best," a twelve-track compilation CD released as part of special promotional package for the February 2012 edition of Classic Rock magazine.
The unofficial buzz word?
Hart and Bonamassa are destined to work together on a follow up album in 2013.
* * *
Bang Bang Boom Boom is Beth's ninth album and set for release on October 8, 2012 in the UK. Distribution in the USA is planned in 2013. There are four episodes (webisodes) on the making of Bang Bang Boom Boom and one official music video. These videos give the listener a broad insight into the recording process and behind-the-scenes workings. Plus, mini interviews with Beth, Kevin and the hand-picked musicians on this project make it "must see" TV for avid music buffs.
Kevin Shirley says, "...it's gonna be a classic. A very special record." One of the key things for him when producing is, he's got to like the music! Shirley says Beth Hart, "explores a bunch of different styles. A little different for her musically." There is a bit of vaudeville, jazz and hard rock influences in Beth's writing and singing. "I think it's a great album."
Also appearing are session musicians, Anton Fig on drums, Arlan Schauerbaum on keyboards, and Michael Rhodes on bass. These are three familiar faces on many of Joe Bonamassa's recordings.
From what I've seen and heard so far, Bang Bang Boom Boom is going to be a smash hit for Beth Hart!!! I don't think I can wait until 2013 to get the CD, so I might just have to buy an import.
Yours in music,
DebFromMaine
Please look for other Beth Hart articles by Bluebirdreviews here.
For more on Beth Hart visit her website here.
Beth Hart's Facebook page can be found here.
Beth and Joe can be found here.
Photo and video courtesy of Beth Hart et al. 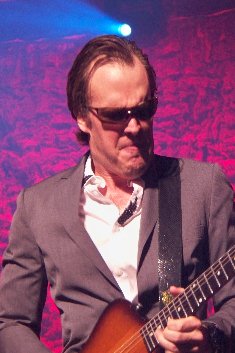 Joe Bonamassa's three month long Fall tour kicked off in Singapore on September 17, 2012.
The early word: more acoustic tracks are added to the set list; a couple of standards reworked.

The show started with a 20 minute acoustic set:

I was overjoyed to read about the expanded acoustic set, as Joe's classically trained technique and skill attract attention, visible here on  Woke Up Dreaming.

Joe has previously remarked how he doesn't see himself as an acoustic guy. However, to satisfy his fans, he put together a mini acoustic tour this past summer, "Joe Bonamassa Band - An Acoustic Evening" and performed seven shows in Europe. A live concert DVD is planned for 2013.

No break, right into the bulk of the show.

Most of the songs were quite a bit different from the last time I saw him here and in Atlanta this past fall. I'd say he played with a lot more finesse for lack of a better word.  Not that he lacked it in the past but there were moments that were more subtle and quiet.  Blues Deluxe was a good example but then he ripped it on Young Man's Blues the very next song.  Nice contrast.  Even Just Got Paid was quite a bit different.  It was all there but just changed up.  It is kind of nice to get to see slightly different versions of the songs.

So far, fan approval has been positive toward the changes, with many here in the USA hoping he doesn't change one more thing until they see him live. I take delight in Joe's ongoing maturation as a musician/artist and relish the musical diversity. He keeps me guessing on what's up next... 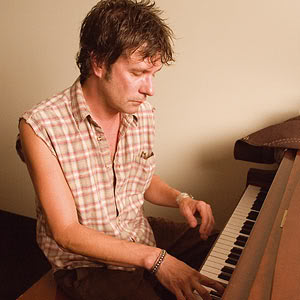 This came in last week, but I was saving it up, collecting "Things" I longed to tell you ... It's always things, isn't it?

As expected, Westerberg's soulful voice, prolific lyrics and sentiments once again, cut through the glare in your life.

This one brings you back to the reality that just maybe you can do things on your own and still be happy.

THIS IS MY ROAD NOW

KICKED OFF HIS NORTH EAST TOUR AT

Bluebirdreviews was proud to introduce him at the start of the show on September 27, 2012.

LIVE SHOW REVIEWS FROM THIS WEEK ARE COMING UP!

(Click on the blue title links to read the reviews of these performances from this week).