An Audience with Robben Ford 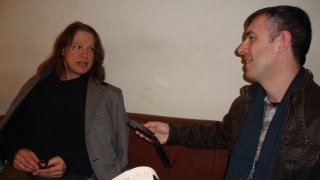 Robben Ford is one of those very rare people that is able to make an impact on anybody, as a musician and as a human being. When I walk in his dressing room, his charming smile and his presence makes me feel extremely comfortable and personally, I could not hope for more, given the importance of this extraordinary musician.
Bluebirdreviews is extremely honoured to meet Robben in London, UK, to promote his latest record, A Day In Nashville, which demonstrates once again the class and the ability as songwriter and performer of the american guitarist.

Where I'm From: The Dave Gutter Story 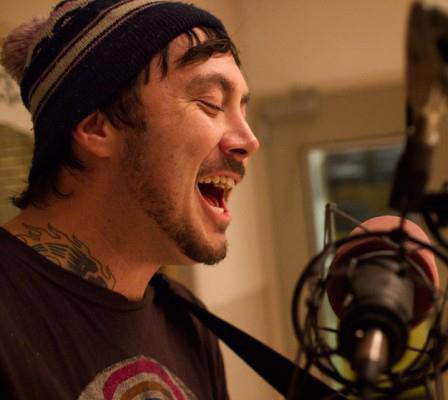 My 'Music Lover' friends and I feel so good when we can introduce each other to an artist or band. Not just any band, but one that deserves to be shared. A band that blows us away. We will pass around the CD after enough listens that we can part with it. Before you know it your CD is returned. "So how'd you like it?" "I loved it. I found their webpage and ordered this one and their first album." That is about on average what happens, and we're old school, we prefer hard copies, the way we prefer our cash in our pockets. We respect each others opinions and taste in music, and it is a privilege to turn each other on to something pure and real.

This piece is about an artist that is pure and real, devoted to a life pursuing that perfect moment. This is about a big fish in a small pond. It isn't someone just breaking out, I am certainly not at the cusp of it this time. You may have heard the name. Someone could have got to you before I have, considering this artist has been playing music for thirty years and has released over a dozen albums, winning as many awards. The first EP released still sounds fresh, as does the entire discography, the way most great music does. I hope you'll enjoy this read, I enjoyed writing with anticipation of turning you on to some music by an artist 'where I'm from'. This is the story of a true luminary, and his name is Dave Gutter.

Read more: Where I'm From: The Dave Gutter Story

The Way Life Goes - An Interview with Tom Keifer

The Way Life Goes - An Interview with Tom Keifer

For somebody coming from a paralyzed vocal chord health issues, Tom did a pretty good job on this record. Released in 2013, The Way Life Goes is hard-rock, with blues roots, which comes naturally for someone like Tom Kiefer to write and record. Tom is taking a temporary hiatus from the 80's band Cinderella to promote his first solo album. He kindly accepted to talk to us at Bluebirdreviews.com about this album and his career, in and out of Cinderella.

Postcard from the Soul: An Interview with Cedric Burnside 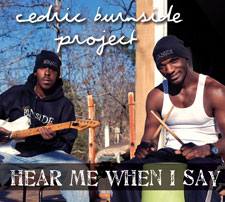 Postcard from The Soul: Interview to Cedric Burnside

The REAL music, the one that comes from the heart, is never fortuitous; it may be coming from inner, deep feelings such as loss or separation, but is nevertheless the result of somebody that is able to observe life with pure eyes and is, in that specific moment, that one is able to separate REAL music from the pre-planned one. Cedric Burnside belongs to this minute portion of worldwide artists able to express their emotions in music in a straight forward way, without filters and capable to adopt such purity in the immediate build-up of their songs.

When I met Cedric at 9 am in a beautiful, sunny Italian morning in Rome and almost immediately, Cedric welcomed me with the biggest, most sincere smile ever, and a hug that almost disarmed for such immediacy and spontaneity. Cedric is today's guest of Bluebirdreviews.com to talk to us through Hear Me When I Say, his latest release, recorded in collaboration with Trenton Ayers, a very talented guitarist and long time friend of Cedric under the name Cedric Burnside Project. The album is a very intense one, lyrically speaking, packed with soulful tales of life and once again, a true treat of pure Mississippi Hill Country sound played beautifully both by Cedric and Trenton.

Read more: Postcard from the Soul: An Interview with Cedric Burnside

Behind The Tracks: An Interview with Ray Goren

June 24, 2014 marked Ray Goren's music recording debut, with the release of LA Sessions, a five song EP penned by Goren and produced by Eddie Kramer. This exciting event is celebrated by fans, friends, and family members alike. Many have logged into Goren's Facebook and Twitter accounts to express their well-wishes and heartfelt sentiments:

"Awesome!!! So incredibly happy & excited for u!! ! I've very much enjoyed seein your growth since the first time I saw u blow the LBC jam @ Ashley's up:)) what an exciting journey lies ahead... Huge congrats!! Look forward to seein u soon... Peace N Luv."

"Thank you Ray, I can't tell you how cool this video is but also how cool it is to watch you blossom or more like explode into this absolutely amazing young artist. Your original music is great and most impressive and a glimpse of things to come."

"From first to last note, LA Sessions is a hit parade, with Goren strumming to his own beat, as the young composer cleverly integrates jazz, rock, pop, rhythm, and blues elements into one distinctly modern soundtrack." Read the full review in Bluebirdreviews.

It was shortly after reviewing LA Sessions when I had the good fortune to speak with Ray by phone, from his home in California. During our 34 minute conversation, I discovered Ray is modest, intelligent, and full of wisdom. He is driven by an innate passion for songwriting and instrumentation, being heavily influenced by multiple musicians and genres. When Ray's not practicing or playing out, he's listening to others. He is goal-oriented and knows exactly where it is, that he wants to be five years from now. Ray's mannerism is that of a seasoned professional: He graciously answered my every question with poise and sense of humor, simultaneously.

Read more: Behind The Tracks: An Interview with Ray Goren